In part IV some data preprocessing techniques were shown. After we have clean data, it is important to choose a set of features to use. This post presents an overview of some of the available methods that we can use. 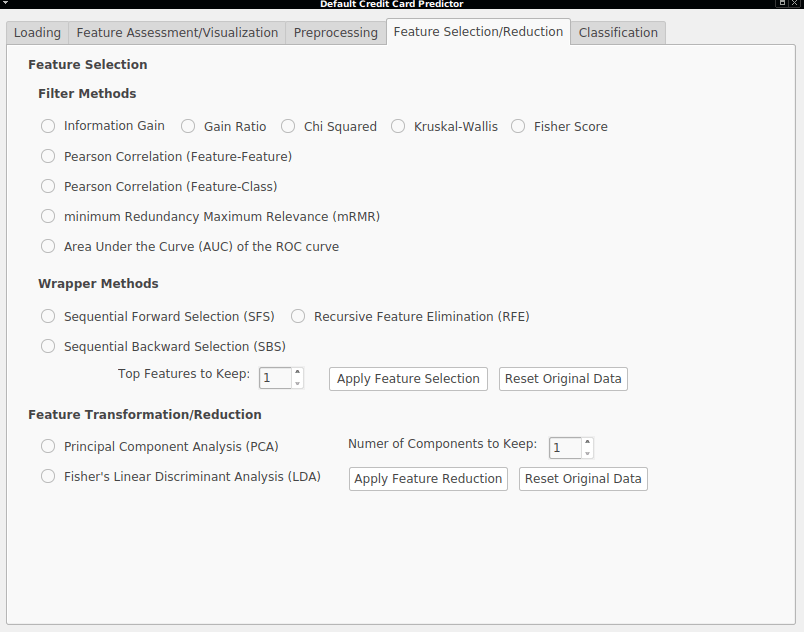 Feature selection usually involves selecting a subset of the original set of features that provide the biggest discriminatory power, i.e., are able to provide the best separation between classes, result in the best performance of the classifier when trained and avoid the curse of dimensionality. In fact, it has been said that exists a critical feature dimension from where the performance degrades rapidly. Feature selection helps in removing irrelevant and redundant features and is usually divided into filter methods, where a subset of features is selected, without considering the predictive model and wrapper methods which use the classifier to rank and choose the best feature set. This step, in conjunction with feature reduction, is likely to be one of the most important steps in the pipeline. The following list shows common techniques employed in feature selection:

Feature reduction is also an important step that helps further reducing the dimensionality of the problem, reduces the complexity of the problem and decreases the computational costs. In order to reduce the dimensionality, it is important to keep only the most relevant, informative and discriminative features. Techniques such as Principal Component Analysis (PCA) may be employed in this stage, by aggregating multiple features through linear combinations.

Successful removal of noisy and redundant data typically improves the overall classification accuracy of the resulting model, reducing also overfitting. After every preprocessing and feature engineering step is completed, comes the learning and evaluation phase which will be discussed in the next post.