Part III explored data visualization and distribution methods. This article shows a list of common preprocessing methods that may be applied. 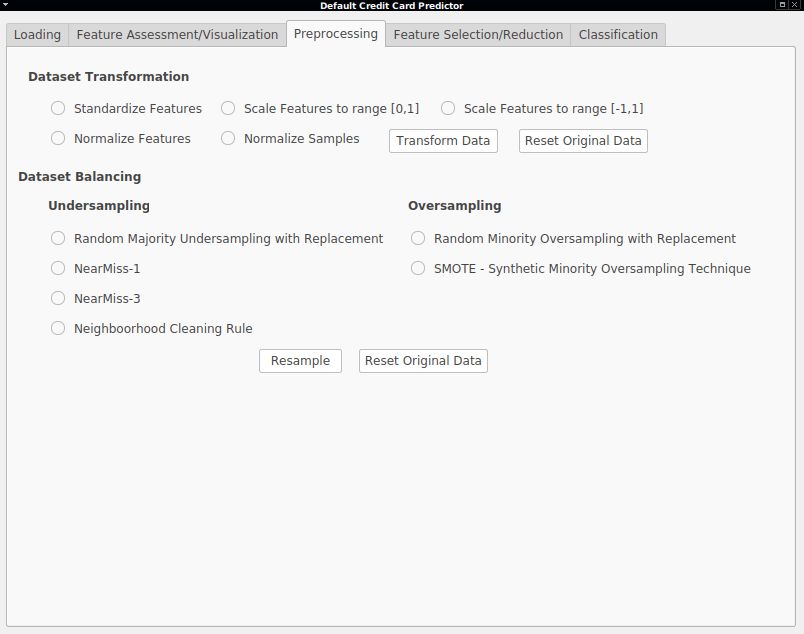 Some learning algorithms do not deal with certain types of data. In order to be able to use them, the type of the attributes might be transformed to another suitable type. For example converting symbolic features to equivalent numeric features, or the other way around. Another important issue to consider is the normalization of the data, such as converting different attributes to the same scale, avoiding the dominance of some attributes and decreasing the dispersion of the data.

The original dataset contain an imbalance between the two classes, that is, there is 23364(∼78%) samples from class ’0’ and 6636(∼22%) from class ’1’, which can affect the classifier prediction ability. In order to address this issue, 2 groups of methods may be employed, i.e, methods based on the undersampling of the majority class and methods based on the oversampling of the minority class:

Applying these transformations to the input data usually bring benefits to the final accuracy of the classifier. The next post will be dedicated to feature selection/reduction methods.