In order to run experiments, we need a data. This dataset was the same used in a research study, consisting of data payments gathered during October, 2005, from a bank in Taiwan, using the credit card holders from that bank as the study targets.

In the first part we talked about the process of machine learning. This post will discuss data gathering and the dataset.

The first step is to collect the training and testing data such as sufficient and representative data. This usually implies tasks such as:

Each sample of the dataset contains 23 variables and a predictive binary label (Defaul payment: Yes = 1, No = 0). These 23 features are described as follows: 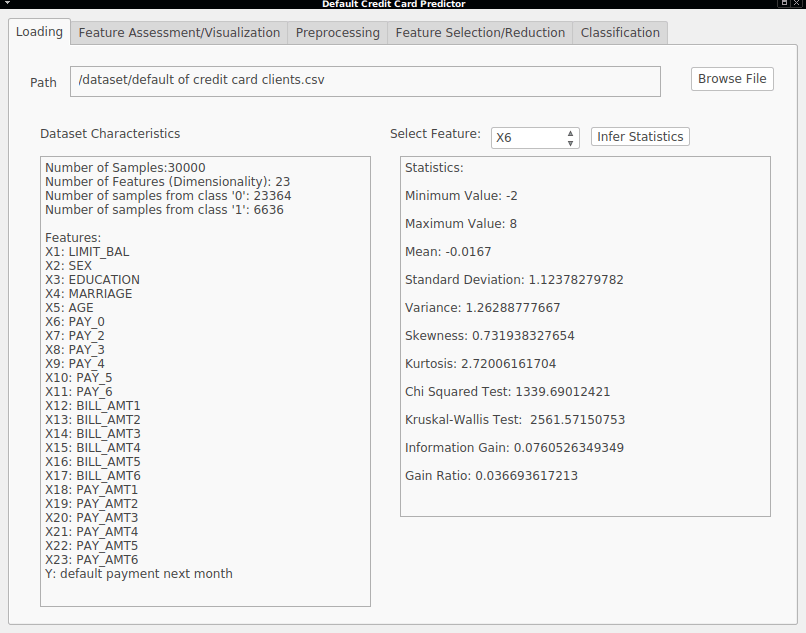 For the design of the interface, the Qt Designer is a great tool to quickly generate our GUI. This tool generates a .xml file describing the UI, which is then used to generate a python module which we can import and use to load the main interface.

The extraction of statistical metrics is useful to get a quick overview of how our data is distributed. We will talk about these metrics later in detail.

Part III will provide an overview of feature assessment and visualization.